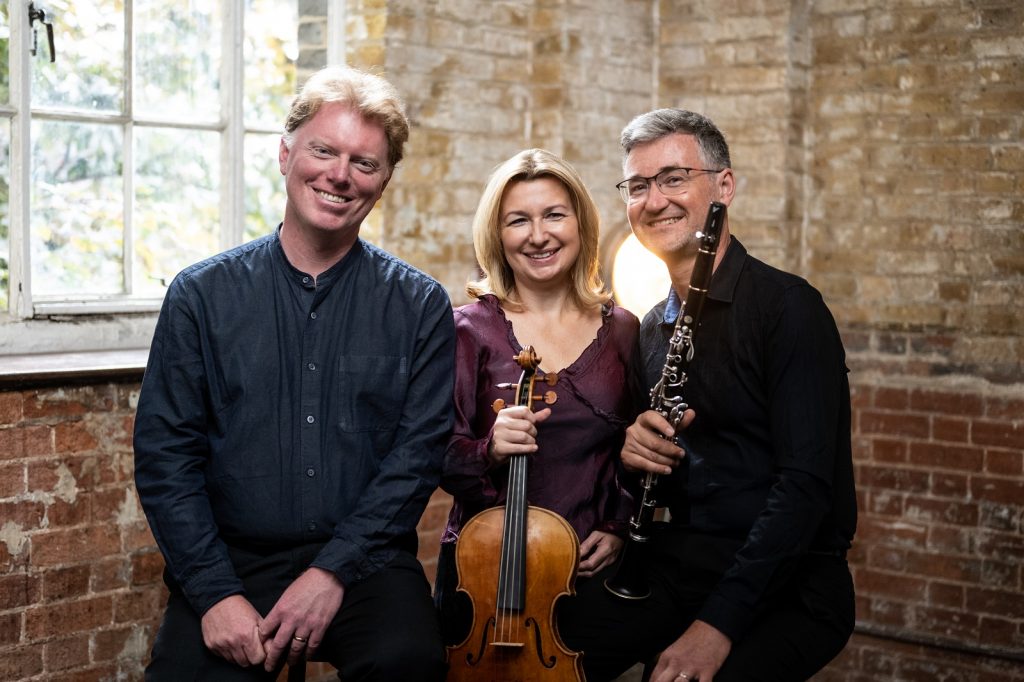 Trio Meister Raro was formed in 2022, a natural extension of Rachel Roberts, Robert Plane and Tim Horton’s work together as members of Ensemble 360.

Whilst they had already explored works for the mellow combination of clarinet, viola and piano as part of Ensemble 360’s residency in Sheffield, becoming an autonomous ensemble has allowed the trio’s members to delve deeper into a rewarding selection of acknowledged masterpieces and fascinating curiosities. Much of the ensemble’s repertoire, from Schumann’s Märchenerzählungen, to Jorg Widmann’s 2015 tour de force ‘Es war einmal…’ (Once upon a time…) focuses on storytelling and fantasy and this narrative element is reflected in many of Trio Meister Raro’s programme offerings.

The Meister Raro Trio draws its name from Schumann’s ability to witness, nurture, and facilitate the diversity of his genius.

The first issue of ‘Neue (Leipziger)Zeitschrift  fur Musik’ appeared on April 3rd 1834, published by “a society of artists and friends of art” that included the 23-year old Robert Schumann and his teacher, Friedrich Wieck. Within the publication Schumann often signed his articles as either ‘Florestan’, ‘Eusebius’, or ‘Meister Raro’. The name ‘Florestan’ signified to Schumann the impulsive, impatient, decisive and effusive aspect of himself; ‘Eusebius’ denoted a more moderate, withdrawn, cautious or introverted part of his personality, whilst the mature, observant, nurturing, perhaps paternal part of his experience Schumann referred to as ‘Meister (or Master) Raro’. These names emerged within the ‘Zeitschrift fur Musik’ publication during June and July of 1831 identifying something of the inner world of Schumann’s creativity, and laying testament to the diverse and imaginative elements of his musicianship and personality.

Much has been discussed regarding Schumann’s poor mental health and how these inner characters perhaps allude to a fragmented sense of self. However, the naming of these personalities also, perhaps, points toward an uncommon ability to self-reflect which was particularly unusual for the times. It indicates a curiosity and sense of playfulness which many psychotherapists today might hope to nurture within their clients, and which shows Schumann’s ability to use his incredible imagination to positive effect, navigating his experiences with creativity and resilience.