Since first commissioning Huw Watkins to write ‘Four Fables’, Robert Plane and the Gould Piano Trio have given over twenty-five performances of this magical work. They now offer an extraordinary opportunity to “See the Music” and “Hear the Dance”, presenting ‘Four Fables’ in collaboration with dancer Mayuri Boonham.

‘Four Fables: A Chamber Ensemble Dance Collaboration’ can be staged very simply, and form part of a wider programme of chamber music. Full details follow below, including information about an enticing workshop for young children, ‘Dancing Hands’, which could be coupled with the concert performance.

Fable: ‘a term most commonly used in the sense of a short story devised to convey some useful moral lesson, often carrying with it associations of the marvelous or the mythical.’
— The Oxford Companion to English Literature 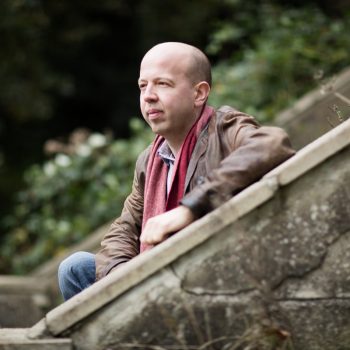 The Gould Piano Trio and clarinettist Robert Plane have forged a musical partnership that has flourished for thirty years. They direct the Corbridge Chamber Music Festival together and it was in celebration of the 20th anniversary of this acclaimed annual event in Northumberland that they commissioned renowned composer Huw Watkins to compose his ‘Four Fables’ in 2018.

Thrilled that Huw produced such an inspired, poetic and exhilarating work for them, the dedicatees have already given over twenty-five performances, from the Wigmore Hall and a US premiere in Portland, Oregon at the distinguished Friends of Chamber Music series, to Festivals and music societies throughout the UK.

It soon became apparent to Rob and the Goulds that this fantastical work was an aural embodiment of movement and motion, and the idea of collaborating with a dancer to explore those aspects of the work was born. In Mayuri Boonham, an artist whose work has been at the forefront of South Asian dance in the UK for many years, they have found the perfect partner to bring the physicality of the music to the forefront of the interpretation. Lake District Summer Music festival director Stephen Threlfall expands – ‘The concept was both intriguing and engaging, drawing the audience towards this open collaboration of art forms for Huw Watkins’ Four Fables, superbly performed by the Gould Trio and Robert Plane.’ 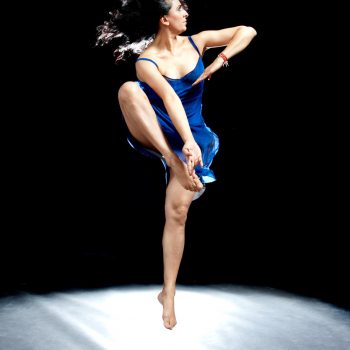 Mayuri, Rob and the Goulds see this project as a vehicle to bring new audiences to both contemporary classical music and to innovative dance, overlapping the boundaries of both disciplines. Mayuri’s training and vast experience in the realm of Bharatanatyam also gives them the opportunity to present workshops, ‘Dancing Hands’, blending music and this fascinating world of Indian hand-gesture storytelling to school children, alongside concert performances.

When I first heard Watkins’ Four Fables it struck me how beautifully the score lends itself to dance. In collaborating with the Gould Piano Trio, and Robert Plane, the momentary silences between the four movements became an unexpected part of the music and dance performance too.

Although we’ve come together for the first time, it feels like we have worked together for years. Surely a sign, I believe, of a wonderful, natural creative partnership between such different disciplines.

The dance movements are inspired by the french sculptor,, Germaine Richier’s La Griffe. The abstract, interconnected movements between both the dancer and the musicians, invite the audience to see the music; and to draw their own meaning of this new work, which we’ve all so enjoyed making for you.
— Mayuri Boonham

‘As the title might suggest, I wrote my Four Fables not as abstract music, but as music with a story somewhere inside it, more concealed than explicit, but a story nonetheless.

The ambiguity, the idea of hinting at something rather than saying it out loud seems to me a perfect background for a dancer to add to, to enhance, to add an extra layer of meaning, in their own distinctive way.’
— Huw Watkins

Music in the above video is from ‘Four Fables’ by Huw Watkins, by arrangement with Schott Music Ltd.